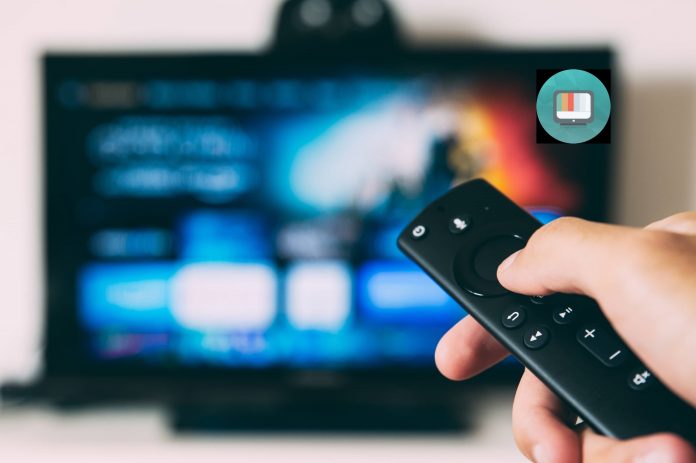 We have been Working on finding a solution to Terrarium TV’s buffering problems. It appears that buffering instances have become more regular than before. In fact, I’ve also started experiencing these problems lately. There’s no denying that Terrarium TV is one of the best Amazon Fire Stick apps for watching movies and TV shows on demand. It has almost every title you could ask for. But it is also true that you will run into these buffering problems at times. If you are currently facing buffering on the Terrarium TV app, read on.

HOW TO FIX BUFFERING PROBLEMS ON TERRARIUM TV

There is no solution that solves Terrarium TV problems. However, after several trial and error, I was able to mitigate the buffering and make my experience with the app more enjoyable. In this article, I share with you the various ways it worked for me. I am confident they will work for you too.

Note: If you are a new user and don’t have Terrarium TV yet, check this link – How to install Terrarium TV on FireStick

CHECK THE SPEED OF YOUR INTERNET CONNECTION

Streaming online these days requires at least 5Mbps of internet speed, but for Full HD streaming at least 10mpbs and for 4K streaming, a minimum of 20Mbps is recommended. The good news is that most mobile internet service providers and broadband offers superior Internet speed. In fact, some providers offer speeds of up to 100 Mbps even for residential connections. At such a fast speed, you might think you should never experience Terrarium TV buffering issues. Unfortunately, this is not always the case.

If you are experiencing Terrarium TV buffering issues only infrequently, the internet may be experiencing intermittent issues from the provider’s end. In these cases, the problem is usually fixed in the backend and is short-lived.

I would recommend that you check the speed of your internet connection from Speedcheck to determine if you have the minimum bandwidth. There are many other apps and websites that allow you to test speed for free. Ookla is the most popular internet speed test service. You can download the Ookla app on your Android or iOS device or visit their website http://www.speedtest.net/ to test the speed.

If the test results show consistently slow speeds, there may be a problem with your internet connection. Your plan or router may need to be upgraded. In any case, contact your ISP and find the solution.

Terrarium TV fetches streaming links from dozens of servers stationed around the world. However, there are some servers recommended by this app. See the image below for the list of recommended servers.

I have personally experienced that these servers are faster and have barely encountered any Terrarium TV buffering issues.

The pop-up in the image will appear every time you click on the title. You can select the “Don’t show again” option at the bottom so that it doesn’t appear next time. Before selecting this option, I made a note of all the recommended servers because I knew I couldn’t remember them all. So, I suggest you do the same.

If your internet speed is not an issue and you are still facing Terrarium TV issues, then there may be a problem with the server where the content is hosted.

As you may know, Terrarium TV does not host any content of its own. This app is an aggregator that retrieves multiple links to certain content from various servers. When a link is opened, the device begins attempting to stream content from the server the link points to.

Terrarium TV tries to bring you the best business links. But sometimes it ends up showing incorrect links as well. A bad connection could be for the server experiencing downtime or slowdowns. As a result, Terrarium TV buffering issues occur.

When there is a problem with the server, there isn’t much you can do to fix the buffering. However, what you can do is open another link to another server and there’s a good chance you’ll have taken care of the problem.

I’ve noticed that Terrarium TV issues usually show up when I try to stream Full HD content. It also has nothing to do with my Internet speed or the ability of my device to stream HD movies or shows online; the problem is with the server not being able to handle multiple streaming requests.

USE THE RIGHT MEDIA PLAYER WITH TERRARIUM TV

Terrarium TV does not have its own media player. You must have noticed that when running Terrarium TV, you are prompted to install a preferred media player for better streaming performance. In fact, the app also says that without your favorite player, you might run into buffering issues.

When I first started using Terrarium TV, I was ignoring the popups asking me to get another media player. I thought it wouldn’t be necessary. But then I started noticing that Terrarium TV is not working properly and I regularly run into buffering issues. It was then that I decided to install the media player from the Terrarium TV collection. And, even if I was proven wrong, I would have admitted there was a noticeable difference in performance. Many previously buffered links worked smoothly after installing the new player.

How to Reset Chromecast

While Terrarium TV is compatible with several media players including VLC and MX Player, it may still ask you to install another player. In fact, the latest version of Terrarium TV doesn’t stream any link if you don’t have YesPlayer (see image below). 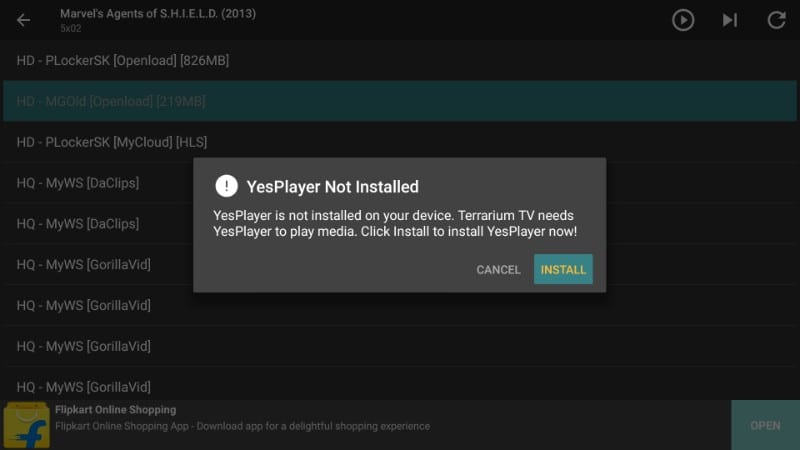 So, install YesPlayer and you may be able to take care of Terrarium TV buffering issues. This media player is available on Play Store and Amazon Store.

USE A VPN AND AVOID INTERNET THROTTLING

If online streaming consumes most of your online activity, your ISP may reduce your internet speed to a lower level than what is offered with your internet plan. I’m not saying this practice is illegal. But I feel it’s not ethical. Usually, ISPs have a clause in their Terms & Conditions stating that the amount of data usage due to online streaming that increases below a certain value can result in a reduction in speed.

Unfortunately, we often miss those beautiful prints. And, even if I had read the clause, I would still like to exploit the Internet to its full potential. Fortunately, there is a way to prevent internet throttling. Start using a VPN service and it will mask all your internet activities. This way, your ISP would never know if you are watching a movie online or downloading data files.

I’ve been using ExpressVPN for a while and recommend anyway. It is fast, reliable and compatible with Terrarium TV.

There is another Terrarium TV troubleshooting you could try to avoid buffering issues. You can clear the Terrarium TV data and restore it to the default settings. It would be like using Terrarium TV for the first time.

Of course, deleting data means losing all of your personal settings. But there are barely any Terrarium TV settings that need to be kept. Just make a note of any changes you’ve made and apply those changes later.

While we’re at it, I also recommend that you clear Terrarium TV’s cache while deleting the data. An app with the cache removed could start working wonders.

If you are using Terrarium TV on Android, open Settings and go to the Apps option (the path may vary slightly between devices). Select Terrarium TV and tap the buttons to clear data and cache.

If you are using Terrarium TV on FireStick, here’s how to clear the data and cache:

# 1. Select Settings (in the top bar) from the main screen 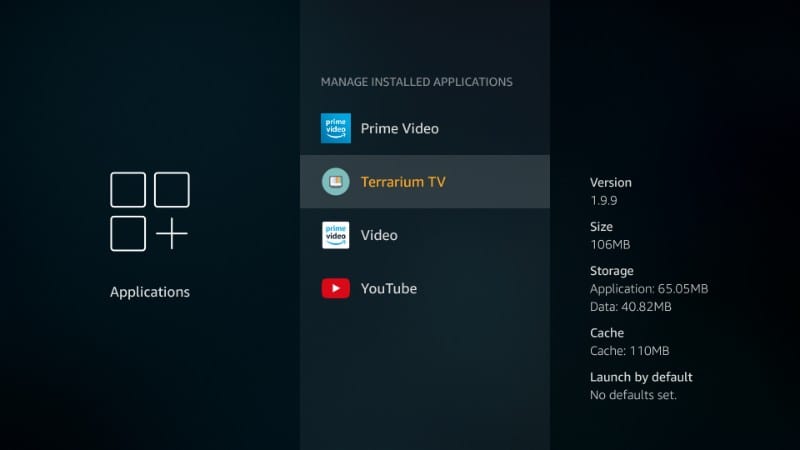 # 5. Now click “Clear Data” (Below this is the “Clear Cache” option. But you don’t need to use it as clearing the data will clear the cache as well, as shown in the pictures below) 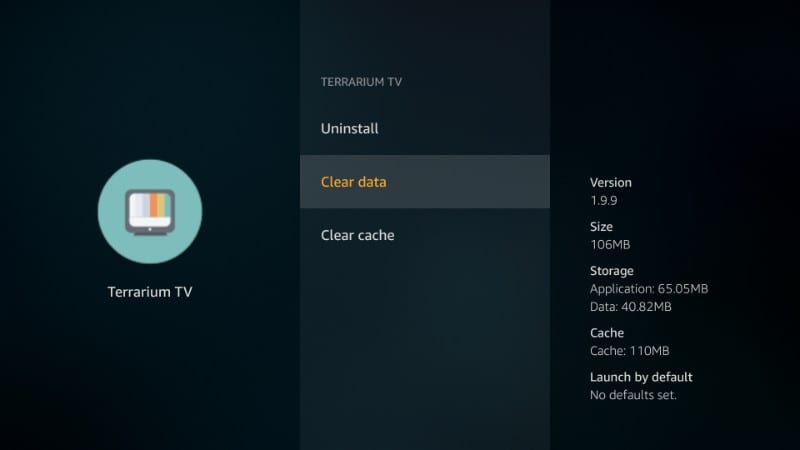 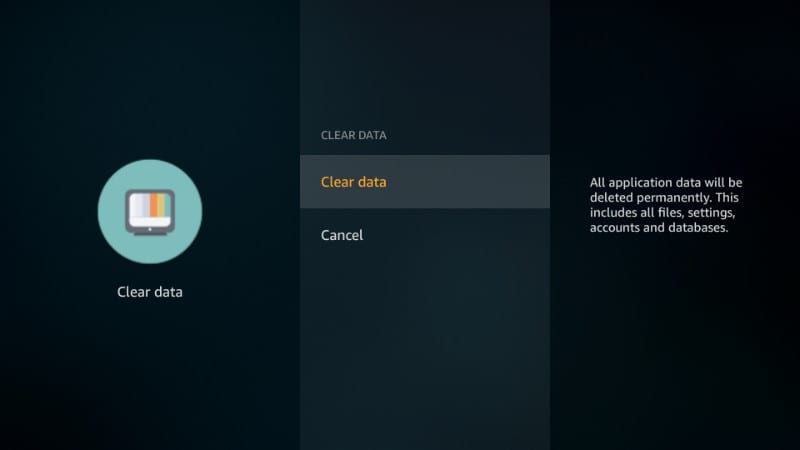 # 7. Now, press the Back button once to go back to the previous screen. As you can see in the image below, the data and cache have been deleted 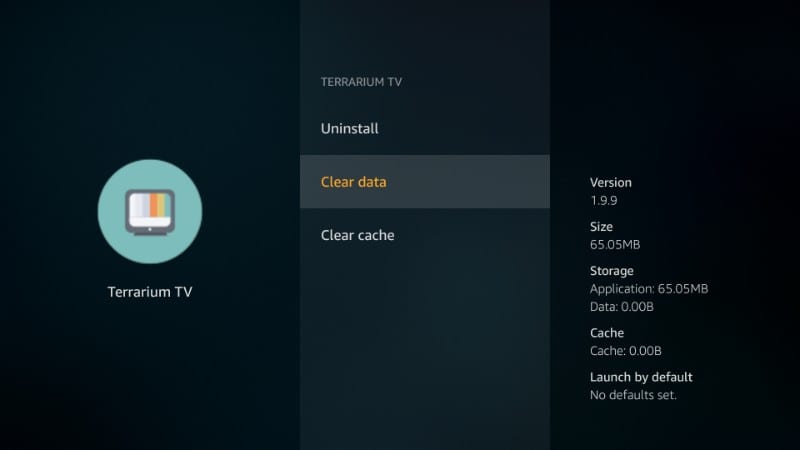 Hope this article helped you solve Terrarium TV buffering issues. While Terrarium TV is an incredibly popular app for content on demand, the servers it fetches streams from may not always be great. So, if you’re facing buffering issues, the server problem is more likely than any local problem with your internet connection or device. For me, choosing another stream usually works. After all, that’s the beauty of Terrarium TV: bringing multiple links in one place. If you’re having similar issues on Kodi as well, don’t forget to check out possible fixes for Kodi buffering.

How to Adjust to Working from Home: A Guide

List of Tools That Helps You in Preparing Business Documentations

Reliable Tips on How to Get High Academic Scores in School

Is It Legal For Federal Employees To Consume Delta 9?

How Businesses Can Reduce Production Costs