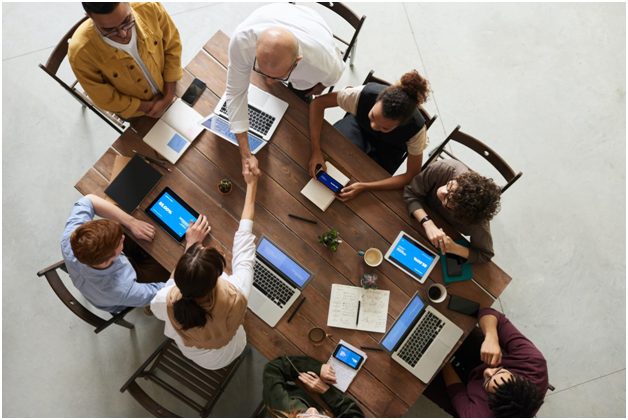 Web scraping has been by far one of the most modern tools that businesses use to accumulate lots of data, streamline a myriad of internal and external processes, and make their jobs that much more efficient. It’s also a cornerstone of modern data science, which has many applications in the world of business.

Web scraping is the process of collecting data. It’s done by spider bots or web scrapers that search the internet for relevant information and index it. Companies such as Google use web scraper bots to collect and index the many websites you can find on Google.

This process is used to extract data from websites in one way or the other. Web scraping bots are sophisticated – they can harvest and extract otherwise inaccessible data that’s hidden behind a firewall of a website.

There are four main types of web scraping, all of which we’ll get into a bit later down the line. Scraping is enabled by fully programmed scaping bots or proxies, both of which have their advantages and disadvantages.

In layman’s terms, web scraping is automatic proceeds done by bots that allow companies to get the information they need in a far faster, better, and more efficient way than manual data harvesting.

There are many benefits of web scraping. Businesses can collect important, right, and refined data that allows them to do intricate analysis. The data can be used to make essential business predictions, monitor the market and competition, and create archives that can serve as data centers for companies.

Depending on the companies’ type, size, and industry, the benefits of web scraping are going to be different, but the process is always good for business, no matter the circumstances.

Scraping, while highly beneficial, can be as simple or complex as you want it. There are four primary types of web scraping, which are:

Scraping API is one of the most popular types of web scraping-out there, as it allows you to extract pretty much anything you like from a website. Scraping API operates by simulating an IP address from the originating country of the website, and it allows you to have a direct abscess to all the data on the website by bypassing anti-scraping measures and proxies.

There are many tools that people use for scraping. Web harvesting bots can be pretty simple or straightforward or be as intricate and complex as possible. Their sophistication is based solely on their purpose and intent.

Some companies aren’t interested in having their web scraping bots. Instead, they solicit the services of third-party scraping services that accumulate the data for them and sell it at a predetermined price.

The best web scraping options for larger options are purpose-built web scraping tools. That is because larger companies can afford to hire a developer to create a web scraper and purchase multiple dependable, stable, and reliable proxies.

Larger companies also need to deal with more data, which means that they usually need a more sophisticated tool for the job.

Smaller businesses usually don’t have the necessary resources to hire an in-house developer to create a unique web harvesting tool. They also don’t usually need nearly as much data as the larger companies, which means that smaller businesses can make do with pre-built web scraping tools.

If it’s still difficult to decide which web scraping method works best for you, we suggest you read Oxylabs’ blog post: Proxies vs. Scraper API: Choosing the Right Solution for a Business for more information.

Web scraping is one of the most popular business practices in recent years. Businesses benefit a lot from data, and web scrapers enable data harvesting on a massive scale. No matter how big or small the company, there is always a web scraping tool that can make its job much easier, better, and streamlined.

Reasons To Hire A Family Law Attorney For Legal Assistance

8 Ways to Retain Your Employees

How to Boost Foot Traffic in your Retail Store?

Save Time and Money with Cleaning Services at Your Workplace

5 Incredible Countries You Need To Visit Before You Die

How the Rising Sea Level May Reshape Beaches

What is Snap and chat?