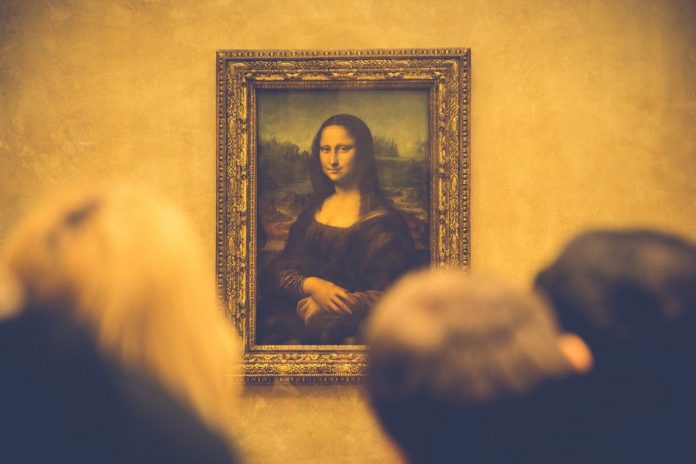 In 1473, a group of Polish pirates robbed a ship en route to Florence, Italy – one of many things that went missing during the robbery was Hans Memling’s “The Last Judgement.” This was the first ever recorded art heist, and since then, the world has witnessed hundreds of art thefts.

Art heists are often fascinating and fulfilled by shady buyers and sophisticated thieves. They are so mysterious that such heists have shocked the world’s most prominent art institutions and, at the same time, baffled the authorities and experts.

In today’s article, we will talk about some of the most famous portrait paintings stolen. Through this article, we will be getting to know about the real mysteries surrounding the theft and if the painting was ever found or not. So, if that sounds interesting, read on!

Anyone who has been to the Louvre Museum would have a hard time guessing how someone could steal such a heavily-guarded piece of art. In fact, you would be surprised to learn that the theft made the Mona Lisa one of the most recognizable and famous portrait paintings of all time.

The year was 1911 when an Italian guy named Vincenzo Peruggia, a handyman, and his two companions closed themselves in a supply closet inside the museum. The following day, the thieves managed to get the work out of the museum covered under the blanket. What might surprise you even more is the fact that no one even noticed the theft for another day!

It was only when a visitor asked the security guard about its whereabouts and when it would return to the museum. The news made the Mona Lisa an overnight media sensation which many believe is the reason for its fame in the current day.

The painting was not recovered for the next two years until one day, Vincenzo planned on selling the painting. To do so, he contacted an art gallery, whose owner turned him into the police. For his crime, Vincenzo Peruggia was sentenced to 7 months in prison.

Portrait of a Young Man – Raphael

Painted by the Italian Renaissance maestro Raphael, “Portrait of a Young Man” was crafted in 1514. Although never confirmed, almost every art critic worldwide believes it was a self-portrait of the artist himself. At the same time, it is also believed to be one of the most important paintings stolen and missing to date.

The Nazis controlled the majority of Europe during the Second World War and were able to take hundreds of valuable artifacts – the painting “Portrait of a Young Man” was one of them. Originally a property of Czartoryski, a Polish noble family, Prince Adam Jerzy Czartoryski had bought the painting for his collection.

The prince had tried to hide his collections; however, all was in vain. The Nazis took many artifacts from the Polish family. Valued at a whopping $100 million, the painting is considered the most valuable and essential to have gone missing during World War II.

For a bit of relief to the art world, news about the painting’s whereabouts surfaced on the internet in 2012. However, it was later known that all the claims were just hoaxes. To date, its whereabouts are unknown.

Portrait of a Lady – Gustav Klimt

“Portrait of a Lady” was painted by Viennese artist Gustav Klimt between 1916 and 1917, years before his death. This sumptuous masterpiece was bought by the Italian art patron Guiseppe Ricci Oddi for his art gallery Piacenza Galleria di Moderna Ricci Oddi.

The artwork was believed to have been stolen in 1997, shortly before a special exhibition was supposed to take place. The exhibition was entitled Klimt: The Secession and Italy and was going to showcase some of the most famous paintings by Gustav Klimt.

Behind the panel was a black garbage bag containing what appeared to be the missing painting. Multiple investigations and checks were performed on the recovered work to verify whether it was the original painting or not. Later the Gallery Director Massimo Ferrari himself confirmed that the painting was original, considering the stamps and sealing wax on the back of the portrait.

“Harlequin Head” is one of the most famous portrait paintings created by the Spanish painting legend Pablo Picasso. Like the painting, its heist story is also incredible – often termed “the heist of the century.” This particular heist story could be a Hollywood movie plot – it is indeed that great!

The day was October 16, 2012, when a group of thieves broke into the Kunsthal Museum through one of the emergency exits and vanished with seven masterpieces of art history. These masterpieces included paintings by some of the biggest names in history like Mattisse, Gaugin, and Monet, including Picasso’s Harlequin Head.

The thieves were able to remove all seven paintings from their frames within 3 minutes and exited the museum. Even though thieves were eventually caught and convicted, the paintings are yet to be found. And Picasso’s Harlequin Head is considered the most famous piece of the lot. Art detectives and investigators believe that the mother of one of the thieves burnt the painting upon her son’s conviction.

She denied such claims; however, forensic scientists found paint fragments in her house’s oven. In 2018, a news report claiming the stolen painting was found circled the internet; however, it later turned out to be a hoax. The total value of all the paintings stolen during this heist is estimated to be around 100 to 200 million euros.

These are some of the most famous portraits that had been stolen – some have been recovered while others never did. Apart from the paintings’ fame, the ways these paintings were stolen are pretty applaudable. Complicated to execute and often dramatic, the story of these art heists would surely make a perfect thrilling Hollywood blockbuster.

How To Choose a Design Study Program Abroad?

How Much Should I Spend on Clothes? Where to Splurge and Where to Save

Bankruptcy and divorce: A survivor’s guide

How Long Does It Take for Pipes and Drains to Become Blocked?