The death of a loved one is never easy to deal with. You’re grief-stricken, mourning, and trying to process life without your friend or family member in it anymore.

Then, to top it all off, you’ve got to organize their funeral and sort out the wealth of arrangements that go with it. In the midst of such turmoil, planning a fitting send-off can be a real challenge. But with over 2.8 million Americans dying every year, planning funerals is something each of us will have to do at some point in life.

Are you in this position right now? Well, at such a tricky time, the last thing you want to do is make ill-fated mistakes that could complicate matters even further. Keep reading to learn about 6 of the most common funeral mishaps and mix-ups people make so you can avoid that unfortunate fate.

Planning funerals is ten times easier when you know your loved one’s wishes ahead of time. It takes all guesswork from the equation. You can follow their instructions and arrange the send-off they’d envisaged for themselves.

In this way, one of the most significant funeral planning mistakes people make is failing to pre-plan ahead of time. Of course, this doesn’t help if someone’s already passed away and you’re in charge of their wake. But if someone’s nearing the end of their life (and you don’t already know their wishes), then it’s worth raising the conversation whenever it feels right.

You could also address the issue of purchasing the casket, sorting out their will, and speaking to the funeral home. Putting these kinds of practical steps in place alongside a record of someone’s wishes will simplify the planning process to no end.

Organizing a wake isn’t cheap, which makes funeral budget considerations all-important. The last thing you want is to overextend yourself and end up in a tricky financial spot. Nevertheless, there’s a big difference between being careful with cash and planning the funeral based on money alone!

You could, of course, opt for the cheapest casket, floral arrangements, hearse, and so on. Take that tack and you’ll end up with a budget-friendly funeral and more money in your pocket. But you’d also have to sacrifice on the send-off in the process. Try to strike a balance and aim for the best of both worlds: an affordable funeral that does justice to your loved one’s life and memory.

3. Overspending for No Reason

While the most frugal funerals for relatives are worth avoiding, so too are the most lavish ones. Trust us, you can spend thousands of dollars on things you may not really need.

It’s worth remembering that funeral homes are businesses like any other. That means it’s in their financial interest to sell you stuff! Speak to them about the wake and they’ll try to convince you of premium packages, first-rate products, and special offers, etcetera.

Whether through ease, ambivalence, or the desire to honor someone’s memory, you might be tempted to say yes to everything. Resist paying for anything you don’t 100% want or need though! There’s no point overspending on an extravagant funeral if a quaint one seems more appropriate.

4. Forgetting to Consider the Family

Funerals aren’t just about memorializing someone who has died. They’re an opportunity for their friends and family to grieve, pay their respects, say farewell for the final time, and attain a sense of closure. In other words, these services are as much for the attendees as they are for the deceased.

That’s why it’s important to consider everybody who’s coming when planning the event. Of course, you should follow the funeral instructions your loved one left behind. But don’t forget to take the needs, wishes, and interests of the attendees into account too.

Another common mistake people make is to procrastinate. Given the gravity and emotional pain of the moment, this is 100% understandable! Unfortunately, though, it can cause all sorts of problems as well.

For one thing, the morbid reality of death is that it doesn’t take long for someone’s body to start decomposing. This puts a level of time pressure on the event and makes it important to get started sooner than later.

Making the arrangements in good time also gives you a better chance of avoiding disappointment in terms of booking the venue, finding a priest, and so on. The last thing you want is to be unable to meet someone’s wishes because the venue, funeral service, cemetery, and florist, such as 1-800-Florals, were booked up.

Delaying the funeral never ends well, but neither does rushing it. Why? Because rushing anything is a recipe for subpar results.

You risk forgetting something important, setting the wrong date, or failing to stick to someone’s wishes. You might even forget to invite everyone or fail to give people enough forewarning. Whatever the case, planning funerals in a rush a) increases the chance of mistakes and b) makes it harder to recognize them with enough time to atone for them.

Slowing down isn’t easy when you have countless tasks on your to-do list and you’re up against the clock. However, you’ll enjoy a better outcome and less overwhelm if you start early, take it one step at a time, and get help when you need it.

Avoid These Mistakes When Planning Funerals

Planning funerals is something each of us can expect to do at some point in our lifetime. But that doesn’t make it easy! Not only is it a big responsibility, but you’re also juggling multiple tasks at once and grappling with a whirlwind of emotions while you’re at it.

Nobody would blame you for making mistakes along the way. However, the impact they can have on both the event and planning process means they’re best avoided. We hope the funeral planning information in this post will help out in that regard. Keep it in mind and you should be one step closer to avoiding the most common mistakes people make. 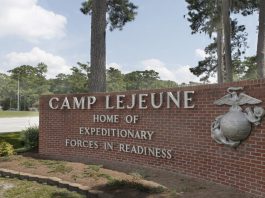 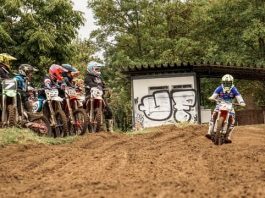