There’s nothing like a new foreign language as a souvenir to remember your vacation! Many smart travelers from all over the world are traveling to destinations around the world filled with history, culture, sights and exotic foods using language study programs that allow them to immerse themselves in learning a new language while enjoying their vacation.

Learn a foreign language while on vacation in London 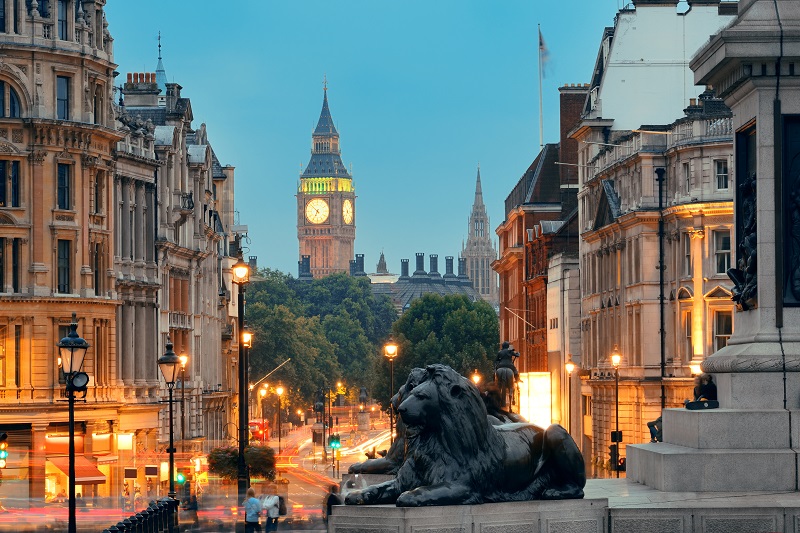 Is there a better place to learn’Queen’s English’ than London? For those of you who don’t know,’Queen’s English’ is the English spoken in southern England and is the so-called British standard language, and a trip to London is a great way to start learning’Queen’s English’. With a mix of cultures, London is a city where you can enjoy its special history, gourmet restaurants, and various events that are constantly unfolding, while also feeling as if you are home. Big Ben, London Tower, and Buckingham Palace can’t be missed. Also, stroll along the River Thames , stop at the Southbank Bookmarket, then cross the Waterloo Bridge across Trafalgar Square. Book tickets for a show in the West End, see Big Ben, and dine at Soho’s restaurants.

Variety of Drink in different Countries

Learn a foreign language while on vacation in Auckland 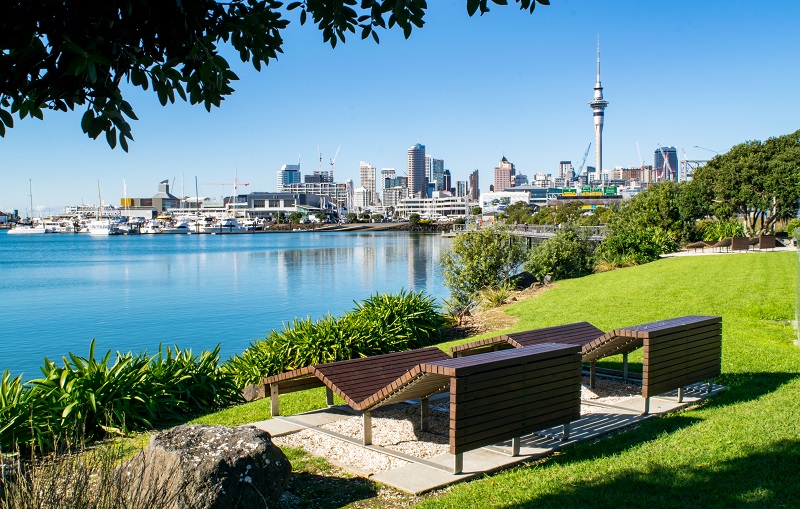 From volcanic excursions to views from the top of the southern hemisphere’s tallest architecture , Auckland is the place to learn English on a great adventure. If you like sports, you can enjoy surfing, sailing and cycling along with great scenery. Shopping enthusiasts can indulge in shopping in Britomart , New Market, and Queen Street, and festival enthusiasts can participate in various events throughout the year. Auckland’s peak season runs from November to March, and in contrast to Korea, during this period, when the season is summer, people flock to the beaches, parks, and beaches to become crowded. In New Zealand, you can learn local slang. ‘Kia ora’ means’hello’ in this word, and’chur’ is an expression used by young men instead of’Thank you’.

Learn a foreign language while on vacation in Vancouver 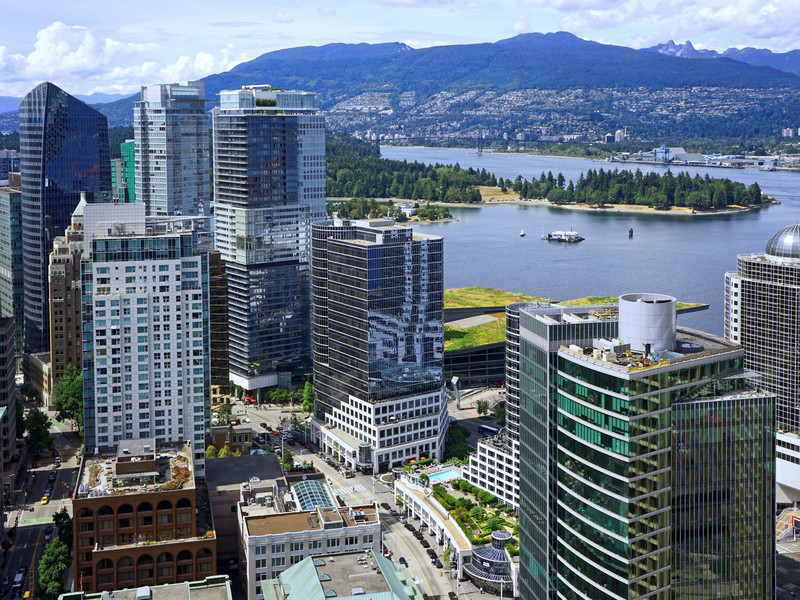 No one who has traveled to Vancouver has not fallen in love with vancouver. Why? Vancouver is a big city, yet a comfortable and beautiful city that respects diversity. Vancouver is also a destination full of some of the world’s best eateries, making it a fantastic place to learn English while visiting a variety of eateries and attractions. What’s more, Vancouver’s diverse culture offers a wide variety of experiences as well as English studies. Enjoy art, music and shopping against Vancouver’s magnificent mountains and panoramic ocean views. Let’s take a trip to central Vancouver, home to fabulous hotels, department stores, food trucks and entertainment centres.

Learn a foreign language while on vacation in Malta 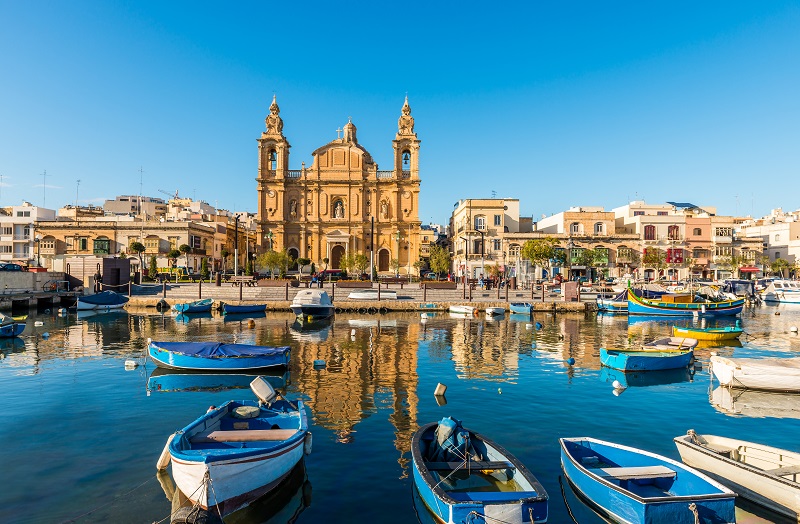 Malta , an English-speaking Mediterranean island, offers sunny beaches, megalithic temples, and valleys with crystal clear streams. Wander through the ancient capital, Mdina, dive caves and shipwrecks, go horseback riding and shopping in Golden Bay, and eat and dance in Grand Harbor. Ordering food at a restaurant is a great opportunity to practice English with locals! A widow with fish pie Lampuki, rabbit stew, bragioli with beef and olives, Kapunata, Maltese ratatou, and Gbejniet, sheep or goat cheese Memorize the names of traditional Maltese dishes, even Widow’s soup, and order them fluently in English.

Learn a foreign language while on vacation in Brisbane 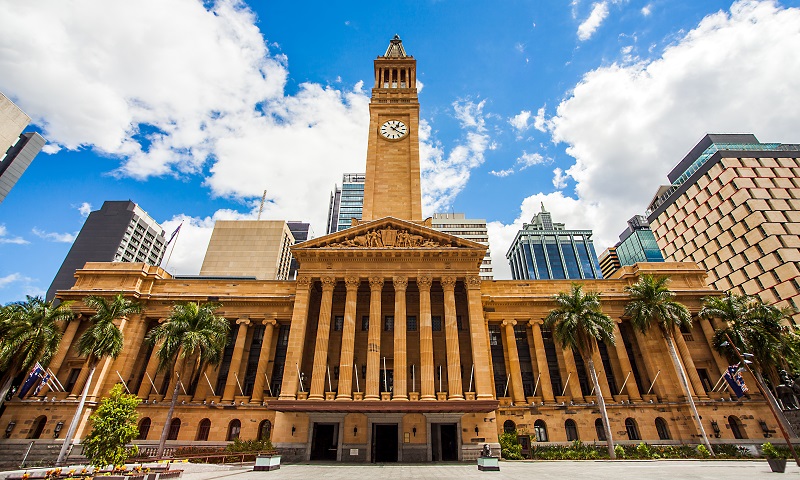 Friendly Brisbane residents love to chat with tourists visiting the city. Thanks to this, if you’re on vacation in Brisbane, you’ll be able to learn Australian slang. Enjoy a colorful performance, stroll in the Botanic Gardens right next to the main street, and then swim in the lagoon of the Southbank Cultural District. Take a boat trip along the Brisbane River and eat at a variety of restaurants, pubs and cafes. Brisbane’s surroundings are full of national parks, vineyards, lakes and rainforests, perfect for adventure! Experience Australia’s magnificent nature in the MacPherson Mountains, a UNESCO World Heritage Site.

Learn a foreign language while enjoying the nature of Brisbane

Learn a foreign language while on vacation in Nice 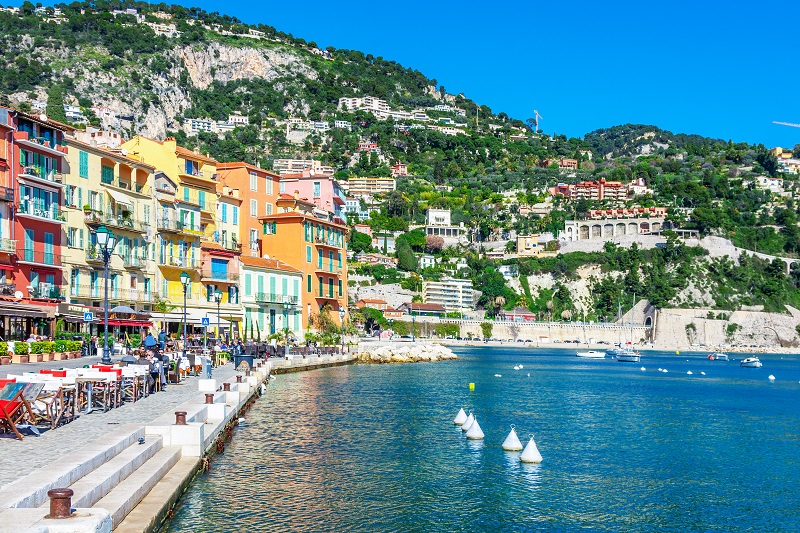 Nice , the heart of France’s Côte d’Azur, is a fantastic and elegant seaside city that inspires artists and offers plenty of charm to travelers. Walking along Nice’s beautiful seaside promenade, you can meet locals in France and create opportunities to learn and practice French. At the beach resort, there are many art galleries, including the Matisse Museum, where you can also admire works of art. After all, the biggest advantage of a trip to Nice is the rich cuisine of southern France and wines from the Provence region, which meet between the quaint streets and baroque architecture! If you’re going to visit Nice, it’s best to go in early June, late September, or late October. The weather is still mild, and you can avoid the crowds of tourists during the summer season, and the accommodation fees are low. Bonjour (Hello), S’il vous plaît (Excuse me or please in English) and Merci (Thank you) in simple French will be a great help for your trip to Nice.

Learn a foreign language in the warm Nice sun

Learn a foreign language while on vacation in Lisbon 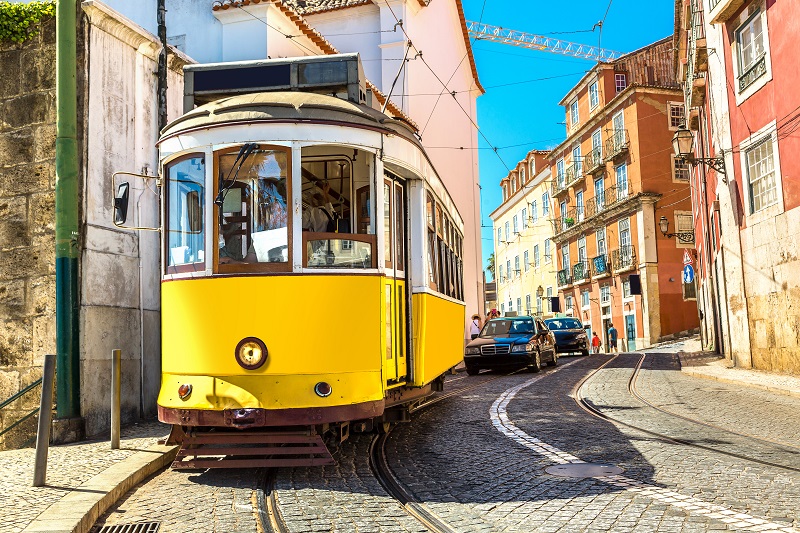 One of the best ways to explore Lisbon , the capital of Portugal, is to walk along the cobbled sidewalks of Bairro Alto , Chiado and Alfama. Lisbon is a colorful and historic city, and Sao Jorge Castle and Jeronimos Monastery are a must-visit if you’re in Lisbon. Lisbon has been quite a long time the city was ruled by the Moors, the Citadel and the Baixa saguaro wonderful legacy that you can see the signs of the times. And learning Portuguese is a great way to travel not only in Brazil, Canada and the United States, but also in Macau and parts of Malaysia! Search for a flight to Lisbon right now , learn Portuguese and start enjoying delicious seafood and wine.

Learn a foreign language while on vacation in Dublin 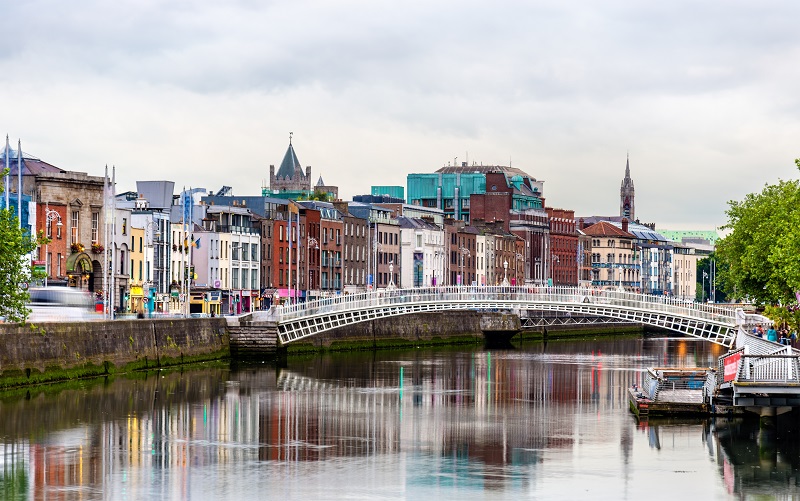 Ireland’s capital city Dublin is also home to Guinness Beer, but it is also a city with beautiful rivers and iconic landmarks such as Trinity College , Dublin Castle and Christchurch Cathedral . If you decide to learn English in Dublin, join other students on the streets of Temple Bar, Dublin’s famous nightlife. Not only will you learn English by hanging out with local Irish people, you’ll also get acquainted with unusual Irish slang. In Dublin, wherever you go, you’ll hear a lot of “craic” in bars and restaurants, along with warm hospitality. In Ireland, “crack” means fun, interest, story, etc. You can often hear the Irish expression “What’s the craic?” meaning the same as “How are you?”, an English expression we know well. So please know in advance. Dublin people are known for their unique sense of humor, so it’s best to prepare yourself in advance 😉

Learn a foreign language while on vacation in Berlin 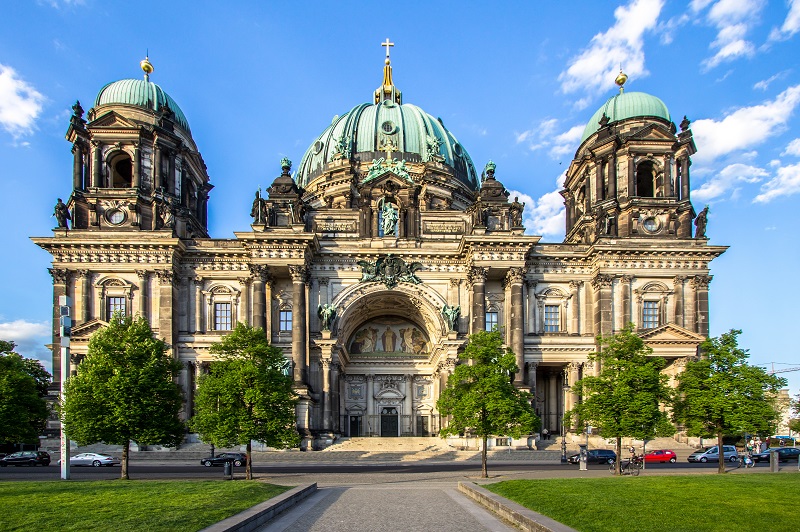 There’s no better place to learn German than Berlin . Berlin exudes an unparalleled energy of Berlin, a very attractive metropolis that offers sophisticated art galleries, innovative dining cultures and iconic cultural spaces like the Berlin National Opera. Berlin is one of the world’s most famous nightlife destinations, and as you speak German at Berlin’s numerous bars and dance clubs, your German skills will improve. Berlin has a lot of historical sights as well, the Brandenburg Gate , the famous Berlin Wall, and the Museum Island, which is home to five museums, are a must. Upon completion of your language study tour, you will be able to engage in conversations with 120 million German speakers around the world.

Learn a foreign language while on vacation in Madrid 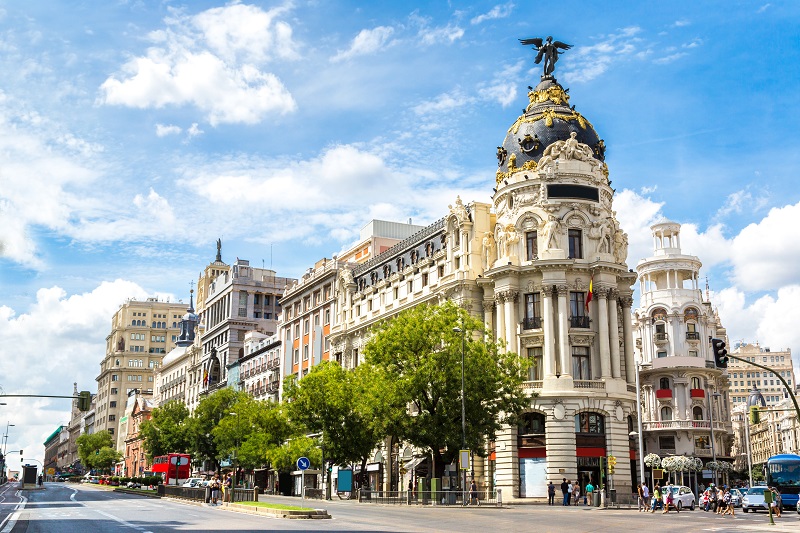 Madrid , the capital of Spain , is a city full of art, music, football and food. As you begin learning Spanish, you will be immersed in the vibrant and historic atmosphere of the city. Admire world-famous works at the Prado Museum , bargain at Granvia’s shops, and learn about the history of the Spanish Empire at the Royal Palace in Madrid . Madrid’s two famous global soccer teams can’t be missed, right? Real Madrid and Atletico Madrid have recently competed in the European Champions League final, and matches at Vicente Calderon or Santiago Bernabeu will be an unforgettable sporting experience. “ A por ellos! ” is a cheering expression for “Good job!” in Spanish, and “ Podemos !” means “We can!”.

Things To Do And See While Visiting Switzerland

How To Reduce Your Electricity Bill By 50%?

8 Factors That Cause An Affair

The Perfect Project: What Are the 3 Stages of Project Planning?